And for an Italian Christmas is not really Christmas without Panettone!

My Panettone is an artisanal product made following the traditional recipe and using organic ingredients.

This means using sourdough and a double leavening process which results in a light texture enriched by vanilla and orange fragrances and the flavour of the carefully chosen organic ingredients.

In a way - in the same spirit of the Advent - the art of waiting plays a big role in the making of this traditional cake. And it’s definitely worthwhile!

Get in touch to pre-order your Panettone! Available from December 1st! 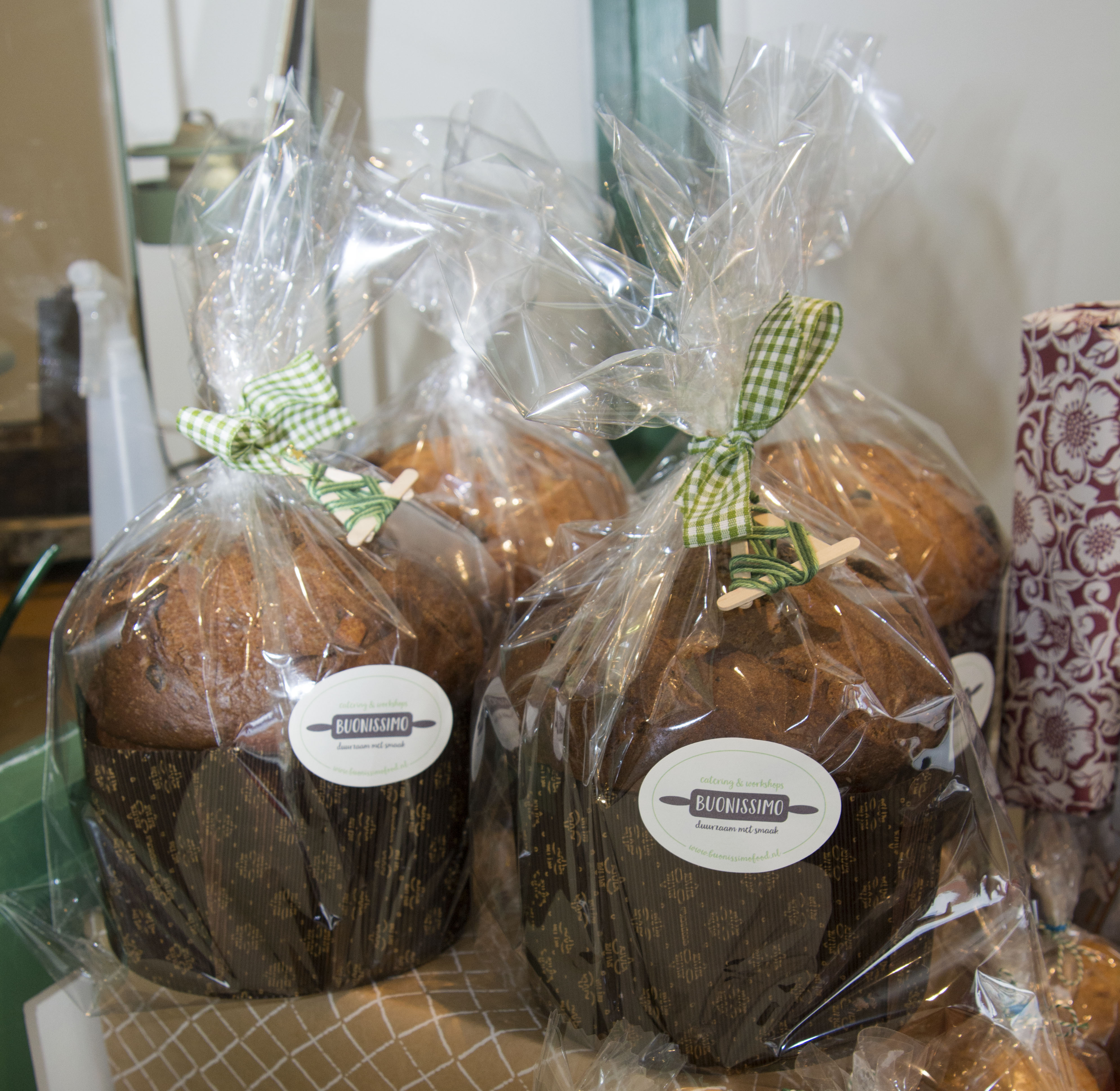 But Italian Christmas celebrations are so deeply connected with the food tradition that it would be difficult to talk about this time of the year without mentioning one or two traditional dihes.

Each region not only has a different Christmas Eve menu but also a different Christmas lunch menu. But what has always marked this celebration is the dessert: panettone, pandoro, torrone, panforte, panpepato, ricciarelli, but also mustaccioli, struffoli, rococo, Sicilian marzipan biscuits, cartellate, maccheroni dolci …an endless list of delicious treats!

It wasn’t always like this, in the old times there was probably only one sort of special sweet bread, based on natural yeast and more likely made richer in fragrance and sweetness by dried fruits and honey. That would be more or less the ancestor of any sort of Panettone, Kerststol, Weinnachtstollen, Christmas pudding and alike.

According to the history books the tradition of a “Christmas bread” in Italy started in the region of Lombardia around the 16th century.

Legend has it that the baker working at the court of Ludovico il Moro burned the Christmas cake and in a panic decided to follow the advise of one of the kitchen boys - Toni - who suggested to make a sort of bread using eggs, butter, candied orange peel and raisins. That’s the theory about how we got to the “Pan de Toni”.

As with many bakery legends, the best creations are born from a mistake that turned out to be the best thing that ever happened!